The Skyhawk Marching Band took to the road on October 12th to visit 2 nearby middle schools.  In the morning, the “Band with the Sound” woke up the neighbohood as they performed for the eighth grade students of Falling Creek Middle.  After lunch, the band moved onto Salem Church Middle and nearly blew the roof off the gymnasium.  Both performances were to “recruit” future members.  Mrs. Oyan told the students at both middle schools all the benefits of being in the band.  Special thanks to all the parents that made time to help with Pit Crew today.  This was a great day for the band to get out and “strut their stuff” some as reward for all their hard work so far this season. 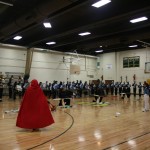 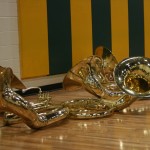 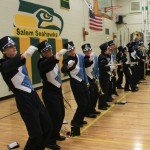 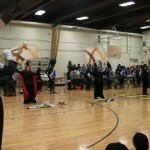 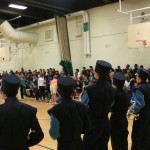 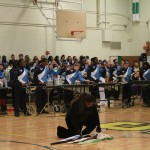 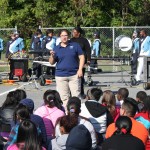 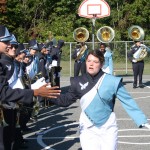 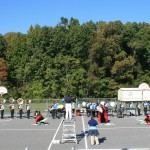 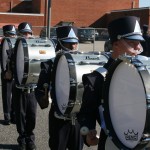 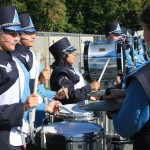 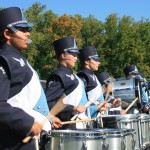 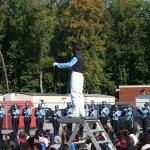 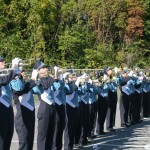 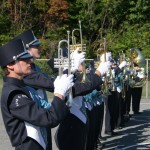 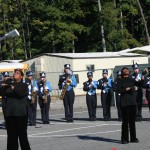 This entry was posted in Picture Galleries. Bookmark the permalink.